Then as things go years slow you down, he decided to make a move to just entertaining and be a Barrelman.  It was a good move he was called once again to be the Barrelman at 18 Circuit Finals Rodeos, including Wilderness, Columbia, Montana and Mountain States he also was a two time Dodge National Finals Barrelman.

Kevin has a lot of fun and enthusiasm in the acts he performs and is always trying to come up with something new, whether it is on the spot or year after year.  Kevin says, that is what keeps him going back to some places for over 20 years.

“The things I like to sell most is - if you hire me you get me and my enthusiasm for the whole Rodeo” Say’s Kevin.  Acts include Hollywood Tex and John, World’s Funniest Magic Sonic Wash, White Lighting – Newest Compact Car, Dipstick the barrel racing dog, and many filler acts. 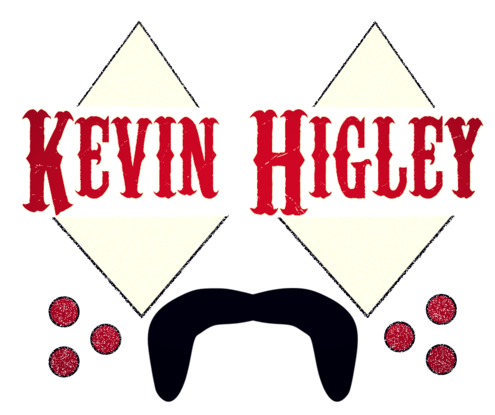 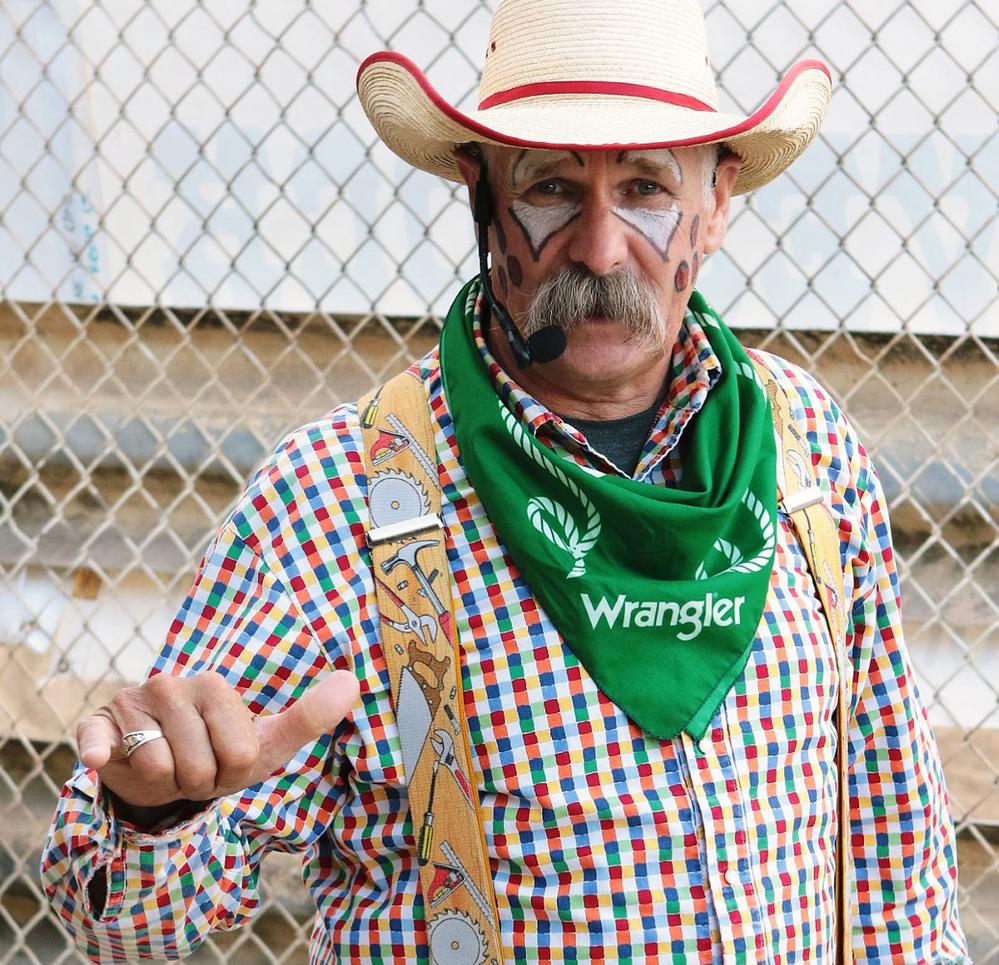 Kevin’s interests are: his family and he believes Rodeo is truly a family sport and entertainment, Kevin has young bulls he raises to be sold to contractors, helps out with High School and College programs in the area.  He also owns and operates Circle H. Construction Inc. where he builds custom homes.

Kevin lives in Hooper, Utah with his wife Tammy. They have 4 boys, 3 daughter in laws and 10 grandchildren.

Kevin has been clowning around for over 40 years.  He received his Pro card 35 years ago, and has been entertaining crowds all over the Northwest.  Kevin has had the opportunity of working Rodeos from the Canadian border to the Mexico border and also Hawaii.  The first part of his career Kevin fought bulls and did comedy.  He was respected by the Bullriders enough as a Bullfighter to be voted to protect them at the Wilderness Circuit Finals 6 years straight. 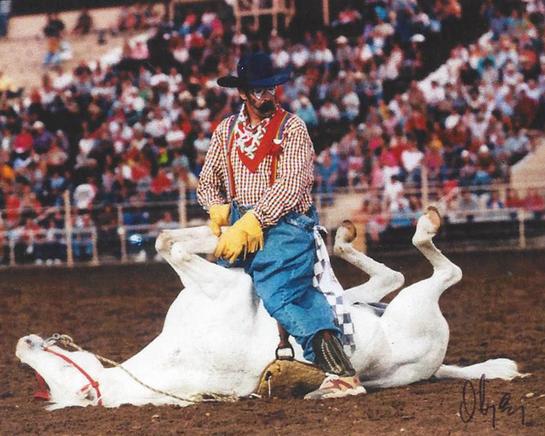